the knight’s castle of the „von Tann“ family together with its surrounding grounds was a castle fortress in the war between the Bavarian and the Salzburg nobility. Never in their dreams could the nobility have imagined what the fortress and the surrounding land would become one day. Centuries later, awakened from their slumber, a dream became reality and this reality became a dream – the Golf & Country Club Gut Altentann.

the plan to build a golf course of a special kind in Salzburg was by no means a normal thing and it took a visionary to create what is now a reality on site: a leading golf course from the pen of Jack Nicklaus, the golf legend to whom the world’s best golfers still look up to.

This visionary, an entrepreneur from Salzburg, had dedicated himself to the idea of creating a golf level of the American top class in his home country Austria. Through his numerous trips to America, he was inspired by the aesthetic layout of the golf courses there. Especially by the golf courses of his friend Jack Niklaus. Endless undulated fairways, extensive bunkers reminiscent of beaches, attractive clubhouses in breathtaking settings – all without destroying the natural surroundings and nature. The project was more than courageously forward-looking. Golf was – in contrast to America – at that time anything but a sport for everyone in Austria. The success of such a project was therefore not inevitable. Also due to such considerations, Mr. Nicklaus still had to be convinced. His renowned company was building one beautiful golf course after another in the United States and around the world, but in Europe it was the first project on completely unknown terrain. What was needed was another influential visionary who liked the idea… and he was soon found – even more: Convinced that such a project would have a decisive influence on the development of golf in Austria, he was ready to receive and accommodate Mr. Nicklaus in his private castle in Glanegg, Salzburg. Finally, overwhelmed by the historic setting and the persuasiveness of those involved, the project was set in motion. At first, Jack let the landscape sink in. For days. The waiting became unbearable, but suddenly the go-ahead was given. 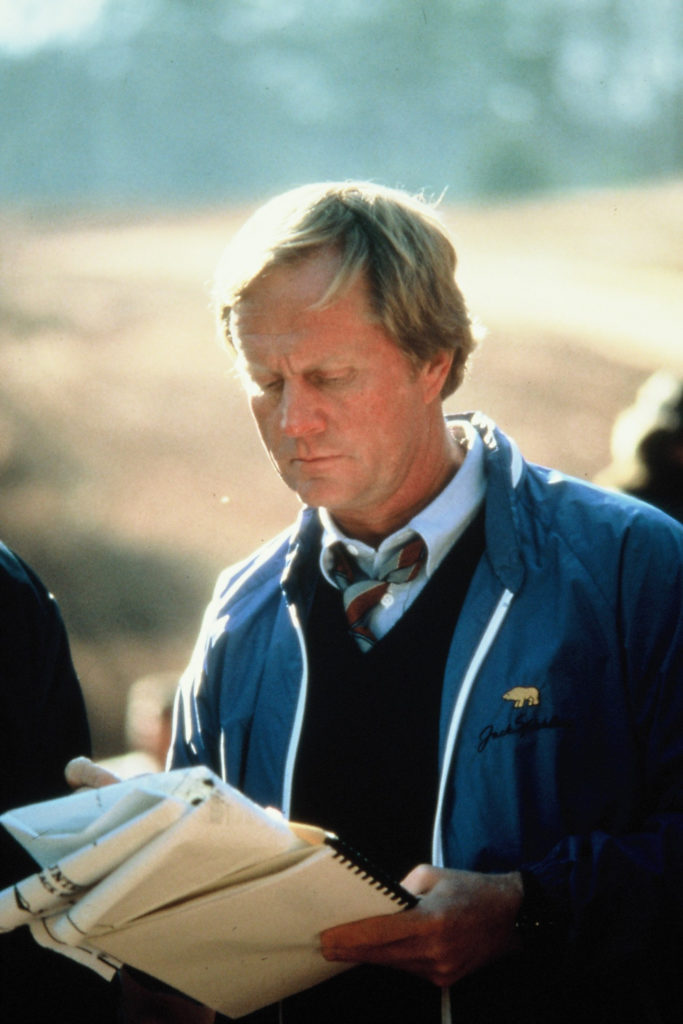 Like ducks the duck pond, machinery material and people invaded the otherwise quiet site. Jack, as the architect, was everywhere at once, it seemed, with several construction plans under his right arm and several construction plans under his left arm, one always in front of him leading the works like a Maestro. Skilled people were busy, the excavator drivers moved ton after ton of clay and stone. When a section was finished, they set their shovels at an angle and skimmed the surface as precisely as if a mason was at work with a trowel. As long as the preparation and planning had taken, the course itself was then completed in record time, … and still the hundred-year-old trees stood, still the creek was where it always was – only in between, the fairways lay bare like the skin of a shorn alpaca, which, once cut, reveals all the muscles and sinews. Everything was now seeded with grasses that had not yet been used in golf course construction in Austria, no wonder that the fairways in the end reminded one of Pebble Beach. 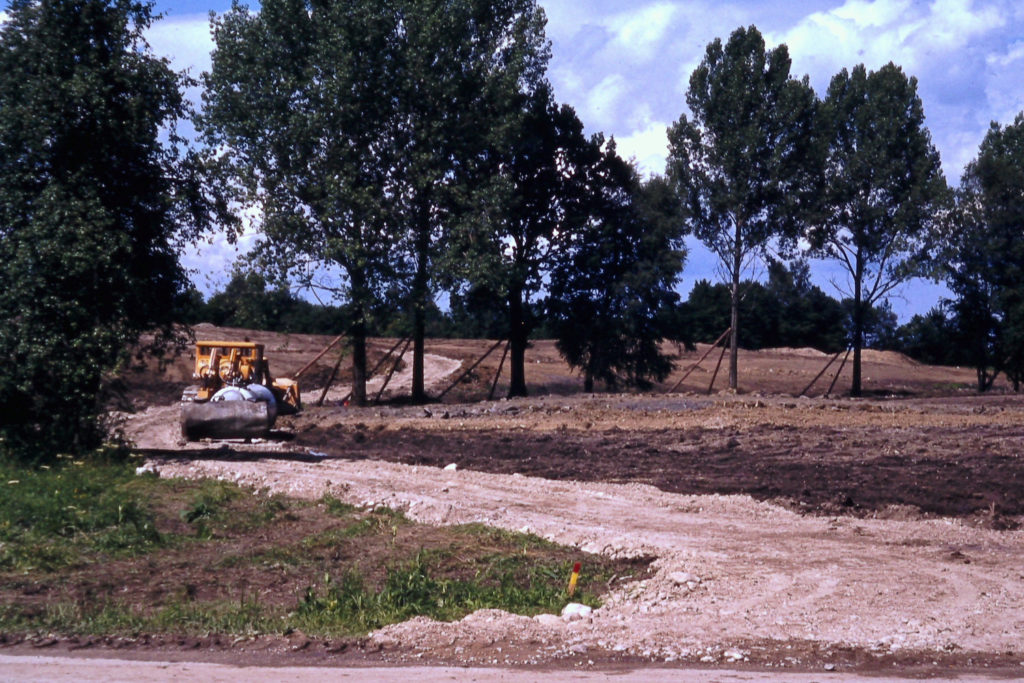 The course was finished, 43 km of drainage laid, enough sand in the bunkers to create an entire beach, and waves and waves and hill after hill. Jack Nicklaus wanted the course to demand everything the professional could offer from his golf bag while giving higher handicaps a chance, not with muscles but with the mind the course should be best to play. Almost incidentally, an ancient horse stable has been converted into a noble „5 Star“ Clubhouse, from whose terrace you can enjoy the view over the lake and golf course. The restaurant, bar and pro shop have a castle-like feel thanks to their massive vaulted ceilings. Bamboo furniture there gives the impression you are in Florida or Hawaii: Feels like in the States but you are@Home! 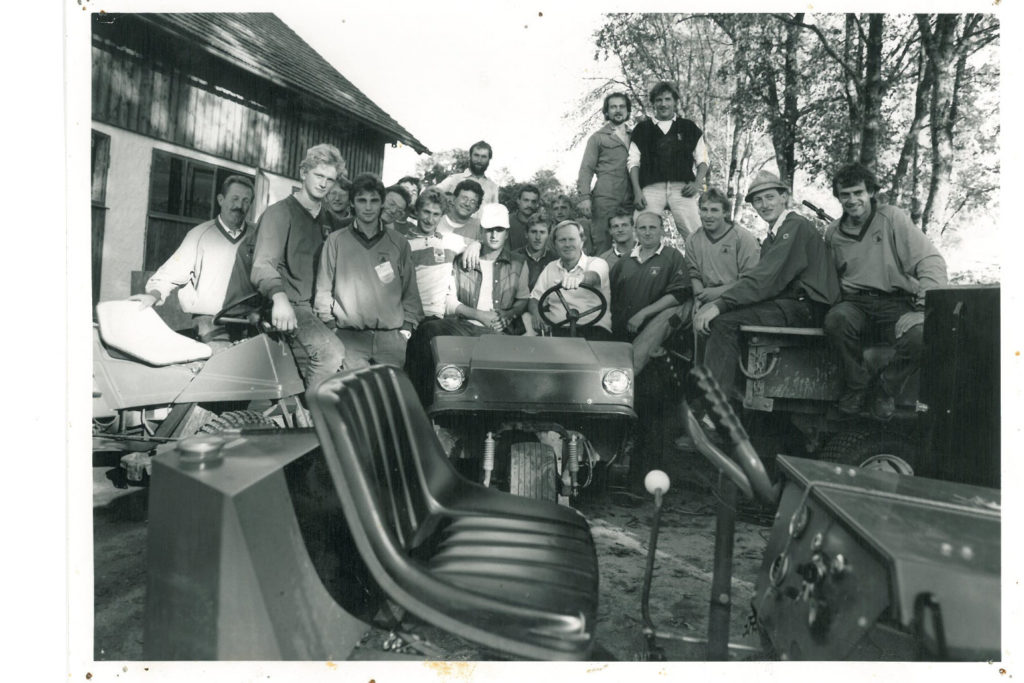 Bernhard Langer once said it was the most beautiful course in Europe and one had the impression, he said this regardless of the fact that he won the FIRST Austrian Open (1990) on THIS course. Thousands of hours of excavation had passed, not a single undulation was created by chance, all after intensive planning that left the existing nature almost unchanged. It was 1989 when the project was completed. A part of golf history in Austria was written – a dream became reality.

Far away and in another part of Austria, another golf visionary was active at that time: Johannes Count Goess-Saurau. Once a player on the Austrian national golf team, then president of the Austrian Golf Association.

He knew „The Golden Bear“ – as Jack Niklaus was called because of his blond hair and sheer invincibility – from his international tournament days. Today, the fate of the „Golf & Country Club Gut Altenntann“ is in his visionary hands. 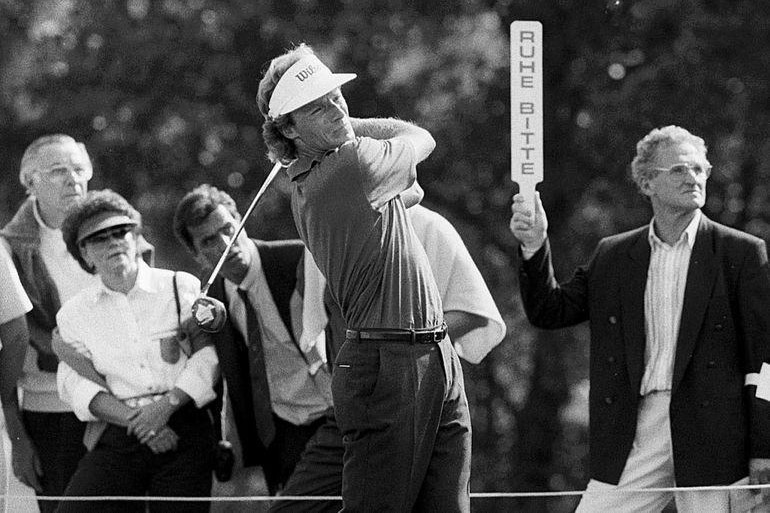 All good things come in threes, as the saying goes ...